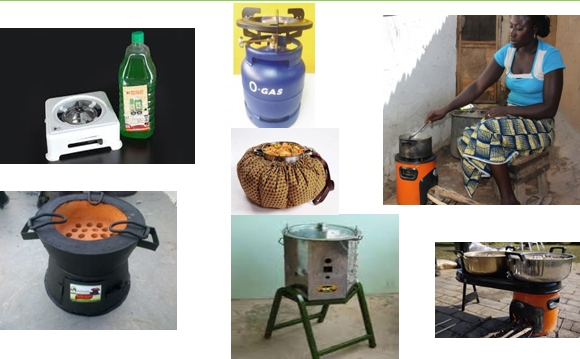 Ms Hannah Serwaa Tetteh, Minister of Foreign Affairs, has stressed the need for Ghanaians to embrace the use of improved Clean Cook stoves to avoid health complications.

According to her, medical research has revealed that the use of traditional stoves cause heart attacks, cataracts, body and internal cancer, among other diseases.

Ms Tetteh, who is also the Member of Parliament for Awutu-Senya West, made the call when she spoke at the launch of the Clean Cook Stove Campaign at Awutu Bawjiase in the Central Region.

The launch of the campaign coincided with the celebration of the International Women’s Day at Awutu-Bawjiase, which fell on March 8.

The day‘s celebration was organized and sponsored by the Ghana Alliance for Clean Cook Stoves.

There was an exhibition of various types of improved cooking stoves, demonstrations, and a donation of 50 improved stoves to women food vendors, food processors and households, by Ghana Alliance for Clean Cook Stoves.

The Minister procured 50 pieces of the stoves worth 5,000 Ghana Cedis, in addition to those donated by Ghana Alliance for Clean Cook Stoves.

Ms Tetteh said outmoded practices which pose serious health threats to women, especially those in rural areas, must be discouraged.

She stated that the launch of the campaign in the Awutu-Senya West Constituency was to send a message to women about the suffering and difficulties in the use of the traditional stoves.

She urged women engaged in chop bars, gari processing, Alata soap making, fish smoking and others, to patronize the stoves, since they are locally manufactured and are economically viable.

The Minister said the introduction of the new clean cook stoves would reduce pressure on fuel wood to help reduce environmental degradation.

She said women who use traditional stoves that produce fumes and smokes, in the long run, have negative effects.

Ms Faustina A. Boakye, out-going Chair Person and Communication Specialist of Ghana Alliance for Clean Cook Stoves, explained that the campaign is to create a platform to catalyst the cook stoves sector, to address the high level of indoor air pollution suffered by women.

She stated that the result from cooking with solid fuel on open fires or traditional stoves create health-related issues.

According to the World Health Organization it is estimated worldwide that it causes 1.5 million premature deaths to women each year.

The out-going chairperson said a UNDP report indicates that Ghana’s reliance on fuel wood poses threat to the country’s ecosystem.

The DCE said women constitute about the 53 percent of the population in the district, and expressed the hope that they would embrace the new technology, to avoid forest depletion.