WOMEN IDPs BECOME AGENTS OF THEIR OWN CHANGE 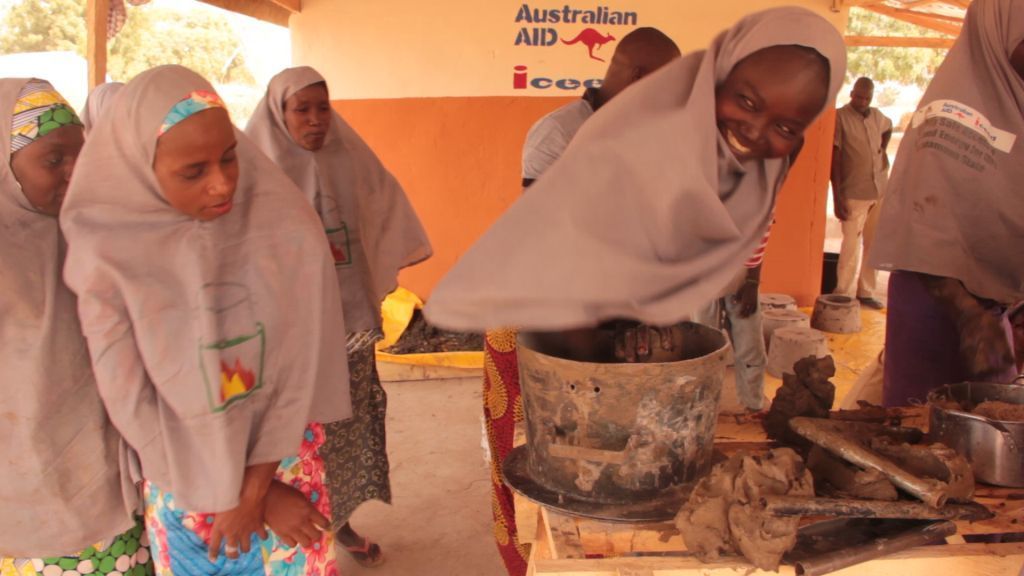 With Support from Australian High Commission’s direct aid program, ICEED is implementing a pilot project among IDPs settled in Malkohi on the outskirts of Yola town in Adamawa State. Adamawa state has 136,010 internally displaced persons. About 200 IDP households have settled in Malkohi, not far from the government run IDP camp and in close proximity to a permanent hamlet.
Nearly 92 percent of the 2.2 million IDPs displaced by the insurgency in the North Eastern states live in the midst of host community population as in the case of Malkohi.
Opportunities for restoration and access to new livelihoods in the place of displacement are windows toward ensuring that the displaced community could get by, or survive while being displaced.
Recognizing the fact that skills training and entrepreneurship are pathways to empowerment and self-reliance, ICEED intends to train at least 100 women and youth IDPs in the production, distribution of clean cookstoves with at least 1,000 clean cookstoves distributed to households. Already 20 IDPs – about half of them women have received training on the construction of efficient wood stoves made from clay. In the coming weeks, more will receive simple business skills to enable them sell their products profitably. With the new acquired skills, IDPs in Malkohi camp will help themselves and sustain their families rather than waiting for relief materials or the goodwill of the host community.

The clean cookstove value chain offers new pathways for women’s economic empowerment. Women are participating in stove production and will at the end retail and earn income. This is important for the resilience of IDP families through these hard times.

Women getting hands on training in the production of clean cookstoves

With this project, ICEED and the Australian High Commission in Nigeria are facilitating an effective response to the fuel and energy needs of IDPs in a safe and sustainable manner in Adamawa State.