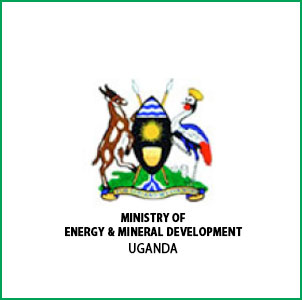 Kampala — The Ministry of Energy and Mineral Development, supported by the Global Alliance for Clean Cookstoves (GACC) and the Uganda National Alliance of Clean Cookstoves, yesterday launched a campaign aimed at encouraging Ugandans to adopt the use of improved cooking stoves in Kampala.

Speaking at the launch of a campaign dubbed ‘fumbalive’, the commissioner, Energy Efficiency and Conservation in the Ministry of Energy and Mineral Development, Mr James Baanabe Isingoma, said the initiative is one way of promoting energy-saving cooking practices.

He added: “The campaign was informed by Centre for Research in Energy and Energy Conservation that indicated that exposure to cooking stove smoke contributes to 13,000 premature deaths every year in Uganda. To this end, we adopted a ‘good stove, better cooking’ quality mark that appears on certified improved cooking stoves, whose main aim is to protect the consumer from other fake products on the market. This quality mark ensures that the consumers are buying quality improved cooking stoves.”
The GACC communications coordinator in Uganda, Ms Olga Namatovu, said Fumbalive generally means “cook and live”.

“In a deeper sense, it means live a much better life as you enjoy the benefits of using improved cooking methods that ensure you live a healthier life because of the less smoke emitted during cooking, especially when using charcoal stoves. We hope to reach more than 1,500 homes directly and at least 75,000 people with the message of benefits of using the improved cooking stoves,” she added.

Mr Julius Magala of Global Village Energy Partnership said: “Fumbalive is about embracing cleaner cooking methods that protect the environment we live in by reducing emissions that destroy the o-zone layer.

By adopting the use of improved cooking stoves, the consumer also saves fuel as the energy is burnt more efficiently.”