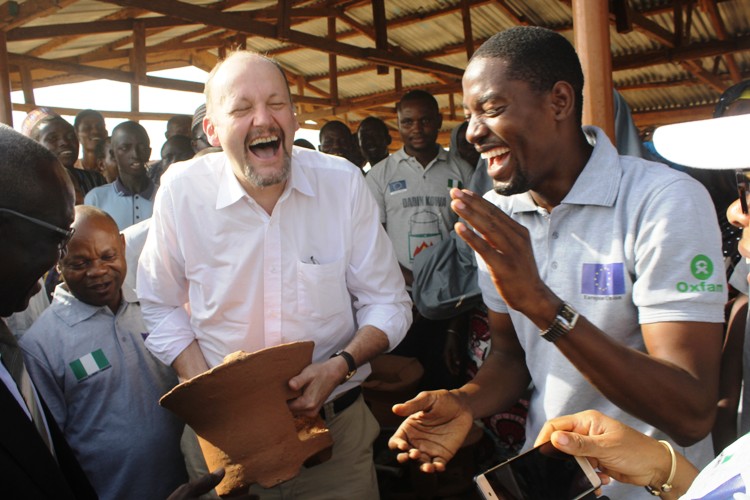 The European Union Ambassador; His Excellency, Michel Arrion recently undertook a four-day visit to Katsina State from 11-14 October 2016. This is the first time he is visiting the state and the purpose of the visit was to assess the progress of Improving the Fuelwood Balance Project which seeks to among others facilitate adoption and use of at least 35,000 clean cookstoves in the state. The project, funded by the European Union with support from the Global Alliance for Clean Cookstoves is also working on state government’s collaboration for scalability and sustainability.
The Ambassador visited several project sites in three of the seven LGAs where the project is being implemented. He was quite impressed with the tree nurseries established and the efficiency and number of clean cookstoves distributed. He advocated that the beneficiaries should ensure the project’s sustainability by adopting the use of clean cookstoves to drastically reduce the cutting down of trees.

To reiterate the problem of land degradation affecting Nigeria, the Ambassador premiered a movie at the Umaru Musa Yar’Adua Auditorium which was widely attended by the Governor; His Excellency, Hon. Aminu Bello Masari, Deputy Governor; Alhaji Mannir Yakubu, dignitaries and students of the Institution.

The movie titled “Nowhere to Run” highlights the realities of desert encroachment in the North and Coastal erosion to the south thereby boxing Nigeria into the middle. Indeed, there is nowhere to run!