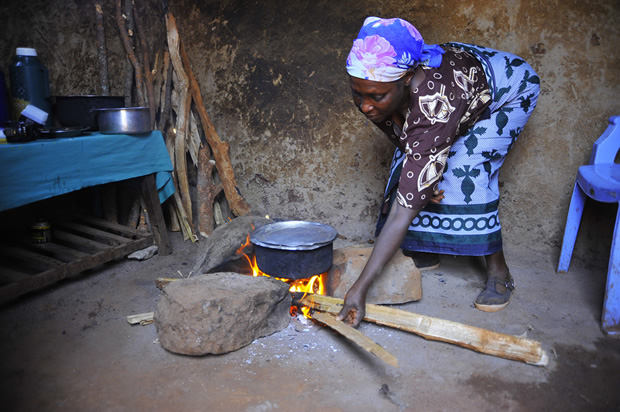 Eleri made the statement in Abuja on Friday at a one-day Consultative Forum on Gender Issues in Renewable Energy Management Options.

The forum, organised by the Federal Ministry of Women Affairs and Social Development, had the topic,“Women as drivers of Climate Change; Roles of Rural Women in Renewable Energy Processes’’.

He said that women and children were mostly exposed to smoke from cooking, which also contributed to deaths among them.

“We have 70 per cent of the households who are using wood for cooking and it is highly dangerous to the lives of the women and their children that hang around in the process of cooking.

“There is no policy framework, no coalition for the 70 per cent which are mainly the rural women that are being affected by cooking smoke.

“The result is that about 95, 300 women and children die annually,” Eleri said.

He said that apart from malaria, issues on maternal mortality and HIV and AIDS, cooking smoke was among the highest killer of women and children.

Eleri described the situation as energy crisis and called for a national framework for the accessibility of cooking stove and gas to reduce inhalation of cooking smoke among rural women.

He said, “a woman who cooks round the day is like smoking two packets of cigarette a day as well as the children around her while she is cooking.’’

Alhassan said that energy was not designed to kill but to satisfy human needs.

“People do not need energy but the services that energy provides in helping to meet needs such as lighting, cooking, space heating, cooling and entertainment.

“If the renewable energy sector is to effectively contribute to equitable and sustainable development, it has to take a more holistic view of the sector.

“A good starting point would be to embrace gender analysis as a tool for gaining an understanding of energy needs of the entire populace and the context in which different population groups are operating,” she said.

Alhassan stated that it was regrettable that women had only been seen by developers of technology as passive users and consumers of renewable energy.

The minister said, “women have a lot of accumulated indigenous knowledge and experience gained from using technologies that align a clear set of criteria on what meets their needs.

“Drawing on women’s experiences and working in partnership with women to develop Renewable Energy Technologies (RETs) will provide gadgets that have a sustained use for viable market.

“Renewable energy can play an important role in increasing access to modern energy devices which help to free women’s time from domestic task and other functions.’’

According to her, by taking gender approach, renewable energy suppliers can increase their potential client base and the sustainability in the use of their technology products.

The World Bank, Ministry of Petroleum and Women Environmental Programme sent goodwill messages to the forum.