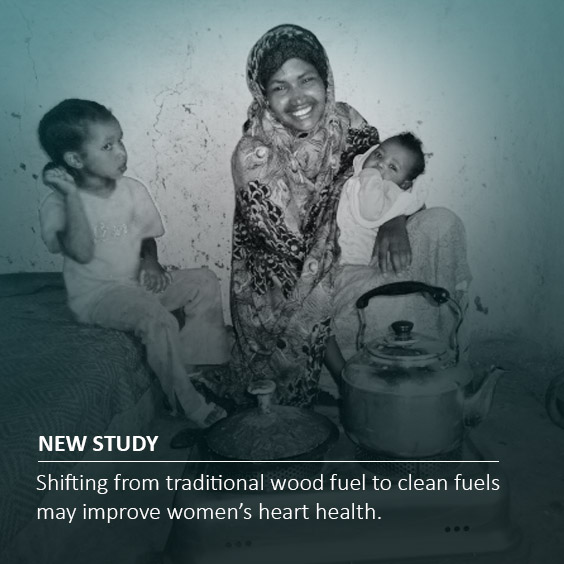 Shifting from a cookstove that burns traditional woodfuel to a stove that uses a cleaner-burning fuel such as ethanol may mitigate cardiovascular health risks in pregnant women, according to a new study led by a team from the University of Chicago.

The study, which evaluated 324 pregnant women in Nigeria, monitored the impact of transitioning from traditional firewood or kerosene cookstoves to ethanol-burning stoves on biomarkers of systemic inflammation (indicators of cardiovascular disease) in women from their first to third trimesters of pregnancy.

“What’s remarkable about the study is that shifting from traditional cooking with firewood to clean fuels, including ethanol, may improve women’s cardiovascular health” said Dr. Christopher Olopade, Professor of Medicine and Clinical Director of the Center for Global Health at the University of Chicago, which led the research. “We also found that the women preferred to use the new ethanol stoves, so much so that over 80% are still using their ethanol stoves upon completion of the study.” Read more