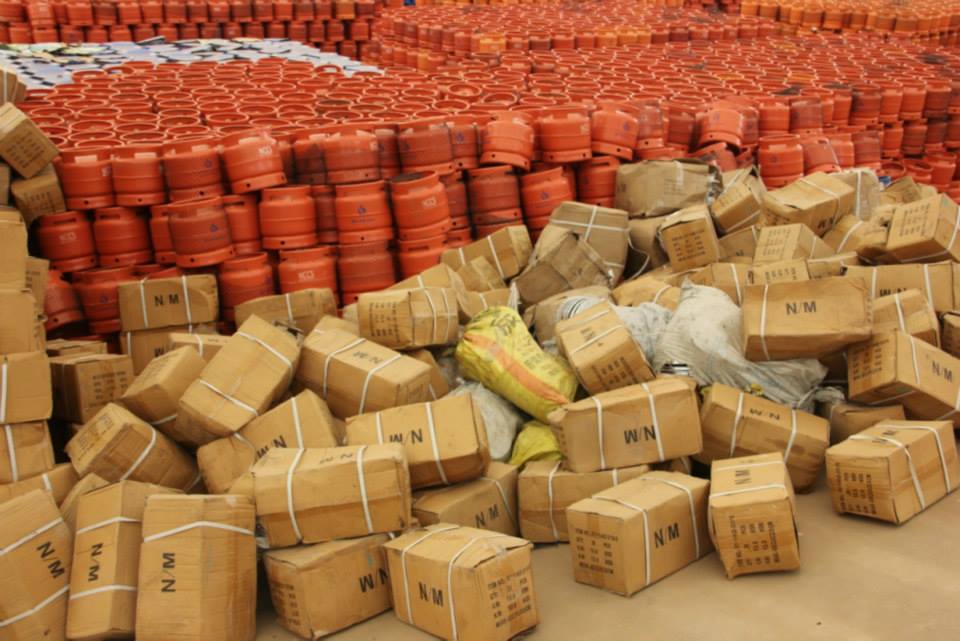 The Minister of Environment, Mrs Laurentia Mallam on Friday disclosed that the ministry had received N5 billion to implement the Clean Cookstoves project in the country.
Mallam made this known after the inspection of the procured clean cookstoves at National Stadium in Abuja.
She said that the ministry had already paid 15 per cent of the contract sum to Integra Renewable Energy Services Ltd. to supply the items.

“We have paid N1.3 billion out of N9.2 billion to the contractors and shall soon start distributing the stoves to the beneficiaries in the rural areas.

“There is no secret in what we are doing; we are transparent, the balance from the N5 billion is in the ministry’s account, we shall pay it at the appropriate time,“ the minister said.

According to Mallam, the project is part of the Presidential initiative on deforestation and it is very dear to the heart of the ministry.

Meanwhile, the Integra Renewable Energy Services Ltd., the contractor handling the Clean Cookstoves project, confirmed that the Federal Government had released N1.3 billon out of N9.2 billon to execute the project.

Mr Clinton Biragbara, the Secretary of the company, stated this at the 3rd stakeholders’ meeting on Clean Cookstoves Monitoring and Financing in Abuja.

According to Biragbara, the company is asking the ministry to extend the duration of the execution of the project to ensure effective collation and distribution.

“We are still working with the Federal Ministry of Environment to get waiver to bring the wonderbags to the country,’’ he said

However, the News Agency of Nigeria (NAN) recalls that the Federal Executive Council had in November, 2014 approved N9. 2 billion to buy 750,000 clean cookstoves and 18,000 wonderbags for rural women.

Speaking with the News Agency of Nigeria (NAN), Mr Boma Young-Harry, Managing Director of the company, said the company had supplied over 120,000 gas cylinders and 12,000 ecostoves to the ministry.

He said the company had also supplied over 20,000 different brands of ecostoves, among other items.

Mr Oludotun Babayemi, a Monitoring and Evaluation Expert, Connected Development Organisation (CODE), an NGO, said that it had started monitoring the procurement and distribution of the stoves.

Babayemi said that the organisation under its `Follow the Money Network` had written to the ministry, demanding for details of the procurement and distribution of the stoves.

According to him, the organisation has been following the execution of the project using the instrument of Freedom of Information Bill.

“We have not received any response from the ministry concerning our request, asking for the information on the work plan, procedure for distribution and also the beneficiaries.

“The citizens are asking where is the N9.2 billion and when the stoves will get to them.

“That is why we need to know how much has been released so far and how it’s been spent because we believe that every government intervention is supposed to get to its final destination.’’

Reacting, Mr Umar Umar , an Assistant Director, in the Procurement Unit, Federal Ministry of Environment, appealed to newsmen to always get correct information before publishing their stories.

“Most of the reports published on this project were not correct so I will advice the media to get the correct information from the spokesperson of the ministry,“ he said.

NAN reports that other stakeholders who spoke also hinged on effective collaboration of all the stakeholders to ensure the success and sustainability of the project.

NAN also reports that the project is supposed to be implemented under the Rural Women Energy Security (RUWES) project, an initiative of the Federal Ministry of Environment launched in 2013.

The initiative is aimed at addressing the problems of cooking with firewood in the country.