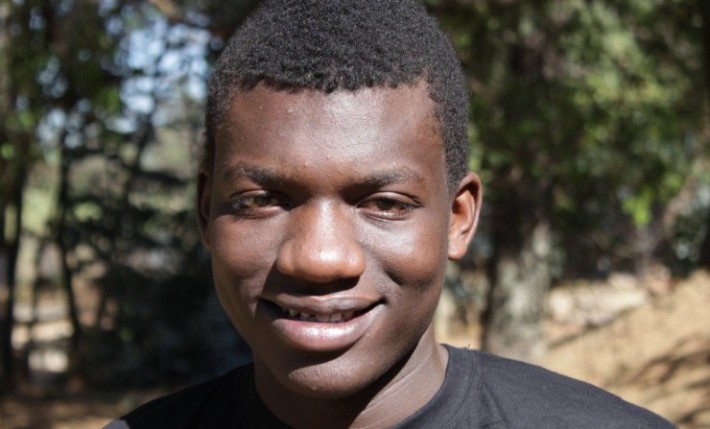 Tom Osborn is only 20, but is the CEO and co-founder of GreenChar, a two-year-old social enterprise that provides alternative eco-friendly fuel briquettes and clean cook stoves for Kenyan households and institutions.

This 2013 Forbes Magazine 30 under 30 social entrepreneur, and 2014 Echoing Green Fellow, decided to defer his place at university, where he was to study law, and follow his entrepreneurial instinct.

In 2012, while at Alliance High School, Tom and two friends, Ian Oluoch and Brian Kirotich, created an alternative fuel for the Innovate Kenya challenge.

This is a national high school competition that identifies and supports innovative solutions to issues within the fields of health, energy, education, agriculture, transportation, telecommunications, civic Media and engineering in Kenya.

The trio created charcoal briquettes by hand, mixing agricultural waste that burns longer and is smokeless, with higher energy. They won, but then, they had no idea that their simple science experimentwould evolve to be a future market disruptor, pushing Kenya to a new era of green energy.

After completing his Kenya Certificate of Secondary Education exams in 2013, in which he scored eight straight ‘A’s, Tom was approached to make a presentation of his science project in New York as part of the Rockefeller Foundation’s, centennial celebrations.

“It was that experience that made me stop believing in the system, to believe I could only make a difference as a doctor, engineer, or lawyer and not in any other field.”

He was in awe of the innovations American students, younger than him, were creating in such a supportive ecosystem that encouraged them to follow their dreams and convictions.

In August 2014, GreenChar was awarded an initial 20,000 USD, approximately Sh2.2m, the first installment of Tom’s 80,000 USD, (Sh 8.9M) fellowship grant as an Echoing Green Fellowship. That brought some sobriety and seriousness to evaluate the direction his team needed to go, to ensure that the business did grow and was managed efficiently to provide a low-cost clean energy household solution.

Tom deliberately sought to build networks with professionals from various fields who would assist in technical areas of product development, seek grants and serve as investors and board members to bolster his business.

He works with Kevin Kung, a physicist and Engineer from Massachusetts Institute of Technology (MIT) and Yina Sun, GreenChar’s Chief Operating Officer based in the US – they assist in improving the technical aspects of the company’s operations.

GreenChar started with only 30kgs of handmade briquettes that Tom and his co-founders would make under the shade of a tree in Tom’s parents backyard in Awendo,Migori County.

Tom’s father serves as the factory manager. The company offers only a tiny fraction of the fuel consumed in Nairobi: the city runs on 4 metric tonnes of charcoal daily.

“That is not exactly where I want to be. There is much more demand than we can produce,” Tom acknowledges.

“We are trying to make a difference in the local community,” Tom points out. “It’s not that we lack talented young people in Kenya, the main challenge is that this group does not get opportunities to take advantage of their talent.”

Tom feels that there is a need for entrepreneurs and organisations focused on development to empower communities to receive the best products, and which are also affordable, to improve their livelihoods.

GreenChar currently operates Kiosks across Nairobi’s informal settlements, the major ones being Kibera and Kawangware.

They also supply eight institutions, including St. Paul’s University in Limuru, Star Sheikh Group of Schools in Eldoret and Kisii counties and Mary’s Meals, a non-for profit that supports five school feeding programs in Athi River and Kiambu towns, and hopes to give more institutions across Kenya an opportunity to offer a healthier working environment, and at a more cost effective alternative of fuel.

“The hope is that as the economic situation improves, consumers will be able to afford more cost-effective cleaner gases and do away with charcoal all together in the next 15 to 20 years.”

By By Rose Odengo [AllAfrica.com]