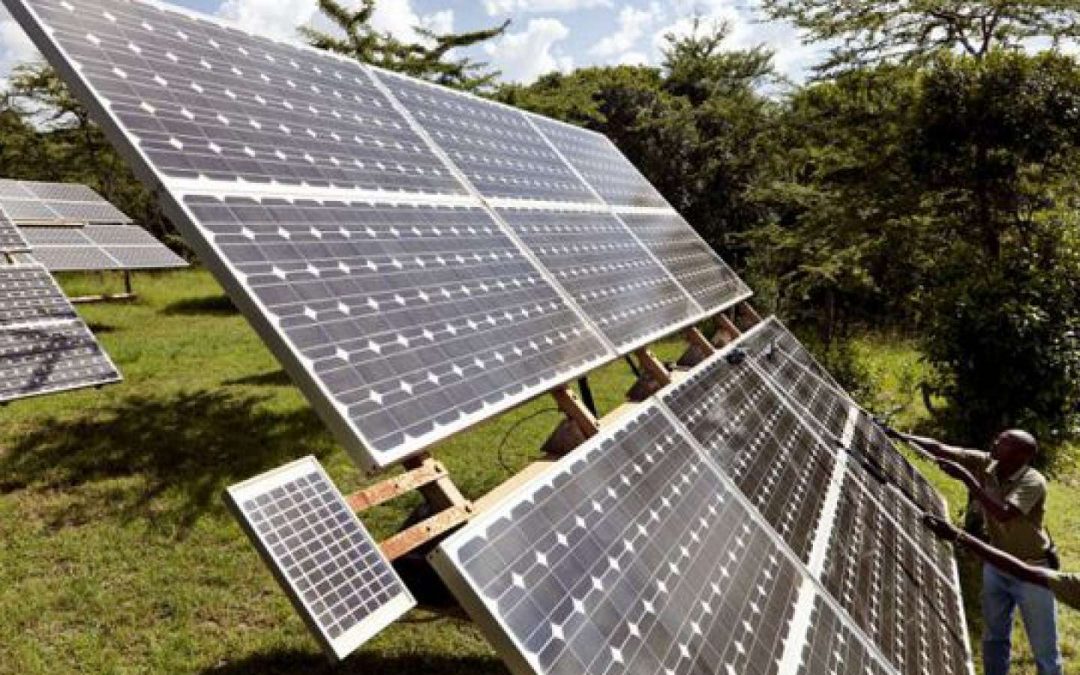 More funding urged for small-scale solar, biogas and other off-grid systems that can get power to the poor fast.

Only a tiny fraction of climate change funding is going into small-scale solar, biogas and other off-grid systems that may be the best way to get power to the world’s poorest, researchers say.

That problem, evident in new figures from the London-based International Institute for Environment and Development (IIED), points to a challenge for the main international organisation promoting access to clean energy for everyone on the planet, which this week adopted a strategy to achieve that goal earlier than a 2030 deadline.

“This will help us secure an energy transition that is clean, affordable and just, because no one must be left behind,” she said in a statement.

There are still around 1 billion people in the world without access to electricity, and nearly 3 billion who cook using smoky fuels such as wood, kerosene and dung.

The new Sustainable Development Goals, which took effect this year, include a target to ensure universal access to “affordable, reliable and modern energy” by 2030.

Estimates of how much is needed to provide everyone in the world with electric power and clean cooking facilities range from $40 billion to $100 billion per year.

In 2011, the International Energy Agency said $23 billion was required annually for decentralised energy as part of that push, on top of existing funding, the new IIED report noted.

It calculated that, of the $14.1 billion approved by governments in international climate finance between 2003 and 2015, around 40 percent, or $5.6 billion, was earmarked for energy programmes, but only 3.5 percent was specifically allocated for decentralised energy projects.

While it did not determine specific figures for wider development aid used to tackle climate change, the IIED said total public climate finance for small-scale, off-grid energy likely amounted to little more than 5 percent of what is needed.

Rita Poppe, an advocacy officer with Hivos, a Netherlands-based development organisation that commissioned the report, said more government money should flow into small-scale renewable energy – such as solar home systems, mini-grids and clean cookstoves – because that was the best way to get energy to the poorest quickly.

“They see the (power) lines above their heads, but they are not connected, so you really need a decentralised solution,” she said.

The IIED paper said most public climate finance is going to large-scale energy projects in high and middle-income countries.

But the paper noted how some countries like Bangladesh and Nepal have set up national agencies that bundle small projects together so they are more attractive and cheaper to fund. The agencies then channel money to the local level.

Poppe of Hivos said public funding, including grants, would be required to jump-start decentralised clean energy systems in the next decade until the technologies become more established and less of a risky business proposition. That would smooth the way for greater private-sector involvement, she added.

Larger donors should focus more on supporting off-grid energy besides expanding power grids, and measure the benefits of decentralised energy projects in terms of their social impact, not just the amount of emissions avoided, she said.

Social benefits can include improved health, due to things like refrigeration of medicines, as well as enabling children to study more easily, and access to market and weather data for farmers who can charge mobile phones to get that information.

The new SE4All strategy, to be released in full later this month, aims to catalyse action on energy access through both decentralised solutions and grid connections.

It will encourage governments to improve energy efficiency as a top policy priority. And it will work to develop robust pipelines of bankable energy projects and financing approaches that can provide the right type of capital at the right time, SE4All said.

“To achieve universal access to clean, affordable energy we need to unlock hundreds of billions of dollars in finance,” said World Bank President Jim Yong Kim, who co-chaired an SE4All advisory board meeting this week that welcomed the new strategy.

“This can only happen if we take a truly innovative approach to building public-private partnerships and mobilising investment,” he added in a statement.

SE4All was created in 2011 by U.N. Secretary-General Ban Ki-moon and has three goals to be met by 2030: providing universal access to modern energy services, doubling the rate of improvement in energy efficiency, and doubling the share of renewables in the global energy mix.

Some progress has been made towards those targets, a report said last year, but rates of improvement would have to speed up to meet them.