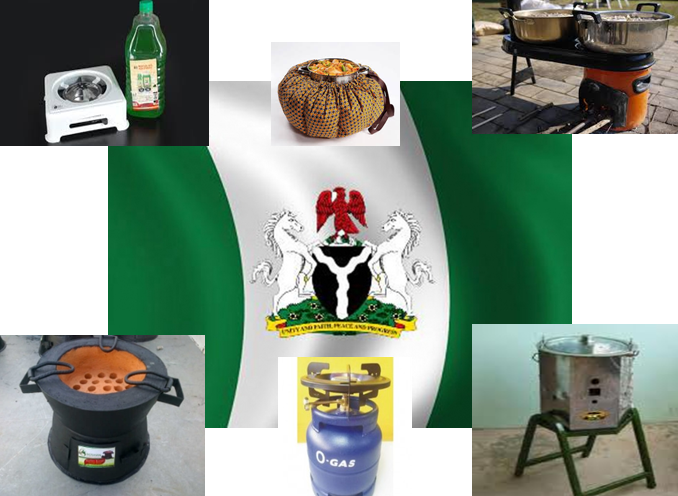 The decision of the Federal Executive Council, FEC, to approve N9.2 billion for the procurement of 750,000 units of clean cook stoves as well as 18,000 wonder bags last year may have raised fresh concerns among stakeholders. Stakeholders and by extension, the general public have through the social media described the scheme as another conduit for government and its cronies to fritter tax payers’ money.

They have noted that the recent contractual disagreement between the Ministry of Environment (the driver of the clean cook stoves initiative) and Integral Renewable Energy Services (the contractor to the scheme), has not only heightened public outcry, but helped to confirm the insincerity on the part of the Federal Government.

This is coming on the heels of government’s insistence that such scheme was aimed at protecting the environment while reducing death rates and illnesses associated with cooking with firewood. According to some stakeholders, the programme may suffer serious setback in view of the ongoing court case.

It would be recalled that Integral Renewable Energy Services Limited had in June 2015, secured an ex-parte injunction, restraining Federal Government from terminating the contract, alleging that government had breached certain aspect of the contract.

While the stakeholders agreed that a lot of rural women suffered untold hardship as a result of cooking with firewood, they however faulted the implementation of the clean cook stoves initiative by the government. They said, rather than distributing cook stoves, government should have given out the money in form of soft loans to the players in the clean cook stoves sector to boost local production.

For instance, the Nigerian Alliance for Clean Cook stoves at a forum in Abuja expressed its deep concern over the implementation of the scheme. A communiqué issued at the end of the meeting with partners cutting across public and private sector had noted that “partners of the Alliance are worried that controversies created by alleged lack of transparency and accountability in the award and implementation of the N9.2 billion projects, would damage the reputation of the emerging clean energy industry.

The communiqué read in part, “Further, we are also concerned that the initiative focuses on the importation of stoves that can easily be produced by Nigerians. By investing this money in Nigeria, we could have created thousands of new jobs and supported new and existing small businesses. “Given the current controversy surrounding this contract, the Nigerian Alliance strongly recommends that the Federal Government invest the remaining N7.3 billion of this contract into domestic clean cooking energy production and distribution.

“These funds should go to soft loans, working capital and machineries, grants for training and capacity building as well as public awareness.

The aim will be to expand the local distribution of cooking gas (LPG) and biofuels as well as the local production and distribution of efficient wood and charcoal stoves.” Commenting on the clean cook stoves initiative, Chief Executive Director, Connected Development, CODE, Mr. Hamzat Lawal said although the negative effects of cooking with firewood were not lost to the people in the civil society organisations, they were opposed to the methodology being adopted by the government to stem the tide.

He said, rather than investing N9.2 billion to import cook stoves, Nigeria would have borrowed a leaf from the Kenyan government which invested N1 billion to boost local production. According to him, apart from prevent capital flight, the investment led to the production of over 3 million cook stoves over the course of three years and also generated over 300 jobs.

He said, “While the federal government said the intervention would help to drive awareness and create market for clean cook stoves, we in the civil society are of the opinion that it would cripple the clean cook stoves market because the stoves are programmed to be imported rather than being locally made like we have in other developing countries.

“We in the civil society groups knew from inception that the entire process of the scheme was a secret deal, an avenue to make money out of the rural poor who do not have access to energy services. This is so because, up till now, the contract document signed between the Ministry of Environment and Integral Renewable Energy Services Limited has not been made available to civil society groups, key stakeholders, the general public and most importantly, the media.”

Hamzat who is also a co-founder of “Follow the Money”, a nongovernmental organisation formed by a group of young Nigerians to ensure accountability in public finance, also deplored the contractual disagreement between the government and the contractor, stressing that the development was capable of derailing the programme at the detriment of millions of rural women in need of the clean cook stoves. “When “Follow the Money” group went to inspect the stoves purportedly delivered by the constructor, we were more befuddled by what we saw.

While the contractor claimed that over 200,000 units had been supplied from the N1.3bn released to it, our independent counting and verification revealed that only 45,000, mostly empty LPG gas cylinders were supplied. We wonder how this would impact the rural women who do not have access to facility to refill this gas, which now gives us a great concern about sustainability,” he said.

Expressing his views on the matter, the Director, Carbon Exchange Trade, Lagos, Mr. Innocent Azih, stated that proper implementation of the programme would move Nigerian households away from the threestone fire, thereby preventing loss of lives through inhalation of smoke and cut down the rate of deforestation by 3.3% annually. On the implication of the lawsuit, Azil noted, “Stakeholders and the global community has continued to see this development of lawsuit between the contractor handling the cook stoves project and the Ministry of Environment as a bad news for the cook stoves sector in Nigeria that is building momentum.

“The initiative to shift thousands of households in Nigeria to a safer environment and create jobs to the teeming unemployed is now being threatened by the behaviour of vested interests and lack of transparency.” According to him, while government Initiative to distribute thousands of cook stoves worth N9.2billion to households in Nigeria is commendable, stakeholders’ concerns remain that the approach and investment would not be sustainable.

He stated that if government is genuine about the plight of rural women, it should among others; invest additional 60% of the fund to Support Local Cook stoves Manufacturers. This, he maintained, would create over 1,000,000 Jobs and make Nigeria the first country with largest clean stoves manufacturers in Africa with potential for export.