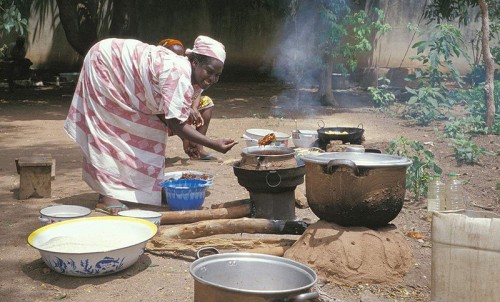 Over 95 million Nigerians rely on wood, charcoal and straw for energy even as Nigeria is oil exporting superpower, according to Africa Progress Report launched weekend at the just concluded World Economic Forum (WEF) in South Africa.

Also, large percentage of the country’s estimated 170 million population is among the households in Africa living on less than $2.50 a day, who collectively spend $10 billion every year on energy-related products, such as charcoal, kerosene, candles and torches.

Nigeria has in the last few years attempted to find solution to its electricity challenges, considered as central to its development with little progress made, but the report said African governments, investors and international financial institutions must significantly scale up investment in energy to unlock Africa’s potentials.

That was the main message of the new report from Kofi Annan’s Africa Progress Panel, Power, People, Planet: Seizing Africa’s Energy and Climate Opportunities launched at the global Economic Forum in South Africa.

The report calls for a ten-fold increase in power generation to provide all Africans with access to electricity by 2030. This, it is expected, would reduce poverty and inequality, boost growth and provide the climate leadership that is sorely missing at the international level.

“We categorically reject the idea that Africa has to choose between growth and low carbon development,” said Kofi Annan, chairman, Africa Progress Panel.

According to him, “Africa needs to utilise all of its energy assets in the short term, while building the foundations for a competitive, low-energy infrastructure.

In sub-Saharan Africa (SSA), it said 621 million people lack access to electricity – and this number is rising, the report says.

The report therefore advices African economies to redirect the $21 billion spent on subsidies for loss-making utilities and electricity consumption – which benefit mainly the rich – towards connection subsidies and renewable energy investments that deliver energy to the poor.

The report also calls for strengthened international cooperation to close Africa’s energy sector financing gap, estimated to be $55 billion annually to 2030, which includes $35 billion for investments in plant, transmission and distribution, and $20 billion for the costs of universal access.